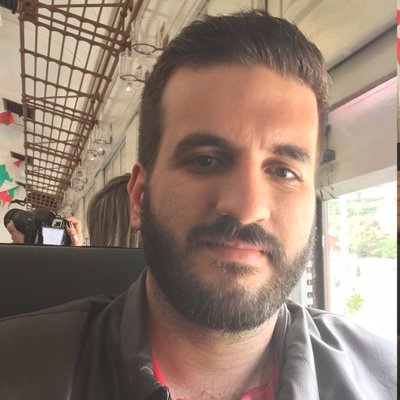 Hacking my life with Linux, Ruby and JavaScript

Yesterday was my 31st birthday. This is weird. I’m not used to thinking about myself as a thirty-something. Instead of celebrating, I stopped to reflect about life, the universe and everything.

But mostly I reflected about all the objectives I had for my life when I was in my early twenties. I did nothing that I planned. I didn’t achieve any of my goals.

I started working on my early twenties. Web developer since my first job. I was a young guy excited about all the possibilities of life crafting code, reading American blogs about startups and entrepreneurship. I used to follow 37signals blog, Unicorn Free, and many others. About people quitting their jobs to live the dream.

I believed I would achieve that for myself.

There was one thing I forgot. One big difference. I live in a shitty country. Brazilian economy took a downturn since my first working years. It kept going down and now the country is in the worst state I’ve seen the economy get since I was old enough to understand.

In my early twenties innocence I believed I could launch a product for the Brazilian market and earn enough to live. I set goals to myself. I would quit my job. I would have my own company before I became 30 years old. I would live a good live of passive income and then I would retire at 45 to enjoy life while I had energy and health enough to fully enjoy it.

But time passed as it always do.

I got to my thirties with a life much different than the one I imagined. The only goal I’ve achieved was marrying to the girl that was my best friend. Maybe my only success so far.

But I got to my thirties still working for someone else’s company. Still waking up early and losing more than 4 hours commuting every single day. Still living paycheck to paycheck.

I’m not that bad, sure. I make extra money out of my job. There’s my income from selling books on Amazon. Income from ads on my blog. But it’s not even close to being able to quit my job. Not what the 20-something Leonardo expected to be at 31.

But life goes on.

I’ve spent my last 2 or 3 years with no desire to try and make things better. I was thinking that nothing would work as I expected. But then I started fighting for what I wanted again. Writing more books, writing more code, reading more.

I am somewhat successful with my board game blog Regras do Jogo, written in Portuguese. It’s still new, but growing quick. Already first page on some Google search results. I just don’t think Brazil is enough. I need more. I want more.

So I think it’s time to set a new goal for myself.

My goals for my 35th birthday

I should have set those goals when I was 30, but now is too late to regret. One day after becoming 31, my time is shorter. But I’ll try anyway.

Will I do it? I don’t know. But at least now I have a goal to try and achieve.

I also don’t know exactly how I’m going to make it, but I have many project ideas. And I expect the income of all of them to make me achieve my goal.

Soon I’ll write about what I’m doing right now to get results.

I would also like to know if anyone else out there is on the same journey. Anyone using your skills to escape the cubicle life and live a better life. Leave a message and let’s have a chat.

You May Also Enjoy

How I organize my life in plaintext

Yesterday I talked about my dislike for proprietary formats for my notes. Now it’s time to explain how I organize my notes, documents, tasks, etc.

Why I prefer plaintext

I’ve used many different apps to organize my notes and documents. I’ve used Simplenote, Evernote, Google Docs, and many others. And every time I end up comin...